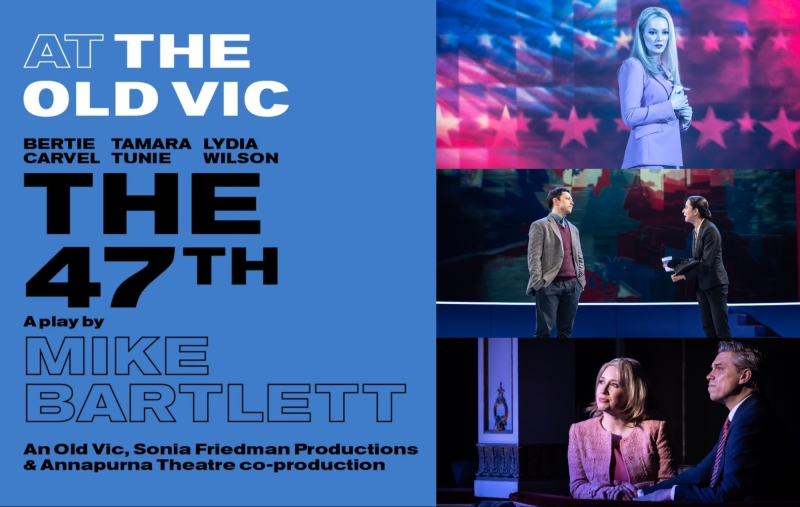 It is 2024 and as America goes to the polls, democracy itself is on the brink. Who takes the White House – and at what cost?

This new play is a chaotic glimpse into the underbelly of the greatest political show on earth – the next presidential race. Starring Lydia Wilson as Ivanka Trump, James Garnon as Ted Cruz/Paul and James Cooney as Charlie Takahashi.

The 47th is on at The Old Vic until 28th May, for tickets click here.