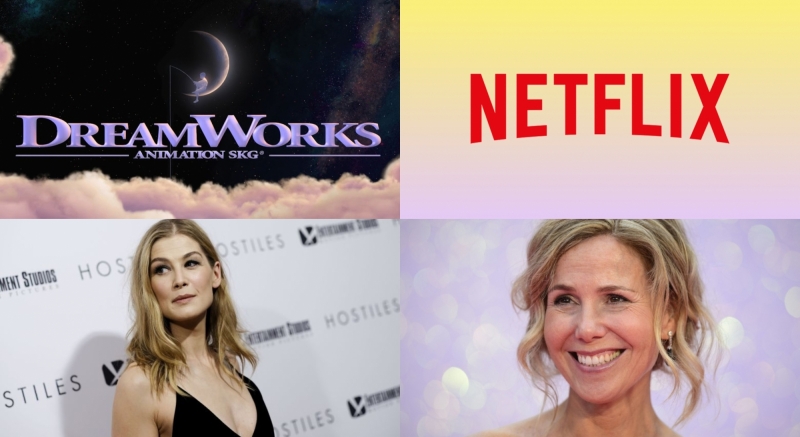 From the creative mind of Emmy Award-winner Tony Hale, ARCHIBALD’S NEXT BIG THING follows the adventures of Archibald Strutter, a simple chicken who ‘yes-ands’ his way through life. Though living in the moment often leads him astray, Archibald always finds his way back home . ARCHIBALD’S NEXT BIG THING is a fresh comedy about one chicken’s joy for life and celebrating the journey, not just the destination.

Sally play ‘Flurbin’ whilst Rosamund voices the playfully sarcastic Narrator - the animation series is slated to debut later this year on Netflix!