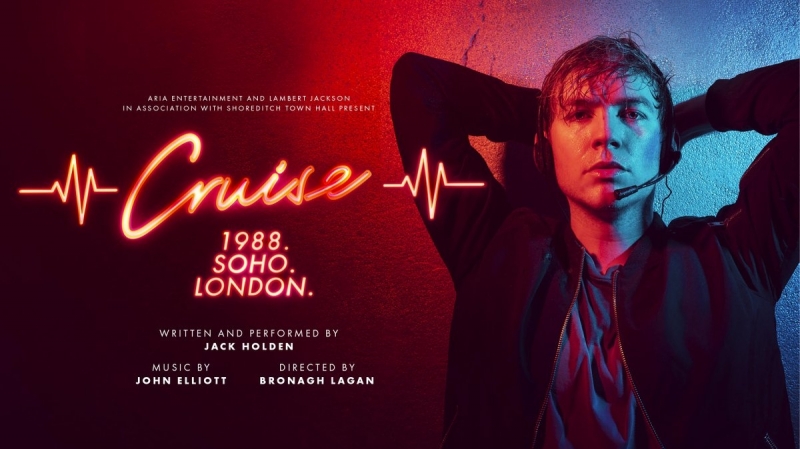 A new one man play, Cruise, written by and starring Jack Holden will premiere online in April 2021.

Cruise is the true story of what should have been Michael Spencer’s last night on Earth.

Penned and performed by Jack Holden, the show is centred around one night in '80s Soho and is a major celebration of queer culture; a kaleidoscopic musical and spoken word tribute to the veterans of the AIDs crisis; an urgent piece of theatre, with an irresistible 80s soundtrack, which will make you laugh, make you cry, and which inspires us all to live every day as if it’s our last.

Co-produced by Aria Entertainment and Lambert Jackson Productions in association with Shoreditch Town Hall, the show will be available from 15 to 24 April via stream.theatre.

Holden said: "Cruise is based on a true story I was told while I was volunteer for Switchboard, the LGBTQ Listening Service. I was in a weird, unstable, self-destructive part of my early 20s. This story, among others, taught me my gay history, put my life into perspective, and helped me to grow up. The names and a lot of the events have been changed, and a hell of a lot of material has been imagined. This play is a tribute to a generation decimated by HIV and AIDs, a memorial for the old days of Soho, a celebration of electronic music, and an excuse to dance."