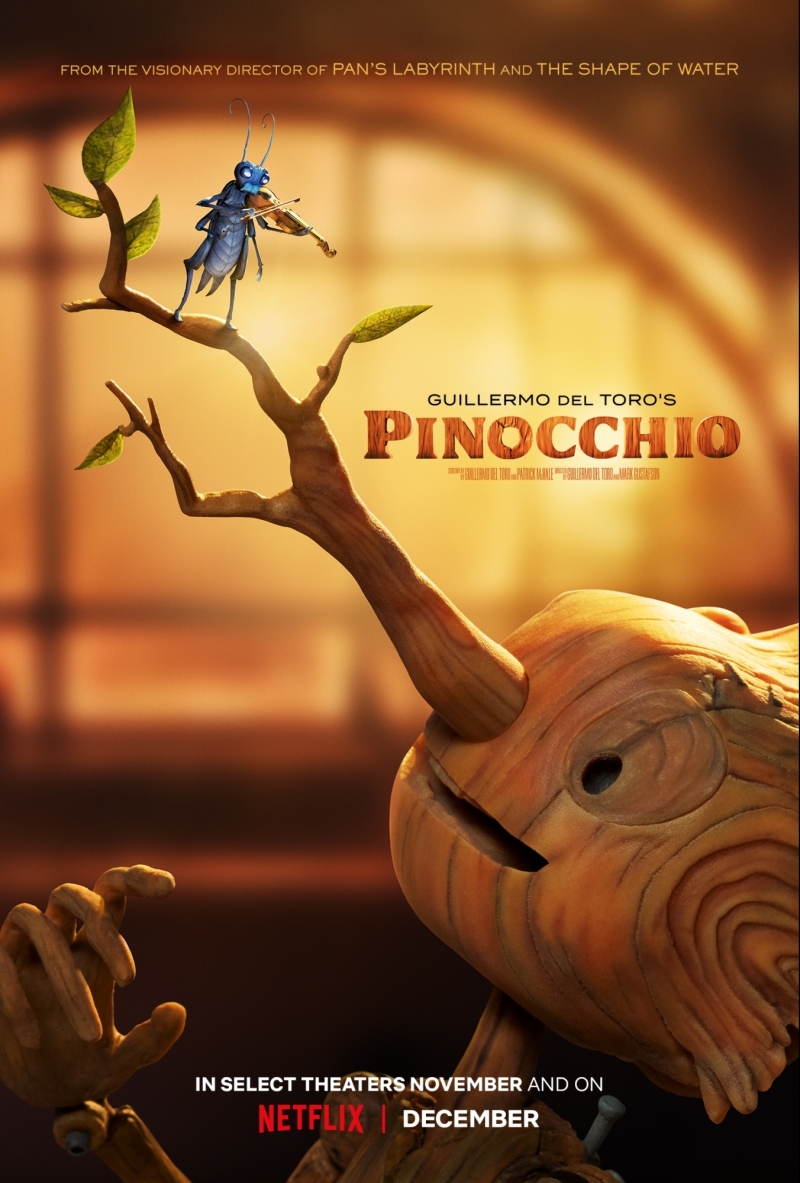 Making its debut at London's BFI film festival, Guillermo Del Toro takes his trademark style of dark, fantastical horror to the beloved children's tale of the boy puppet, Pinocchio! A retelling of the classic story unlike any you may have seen previously.

United Agents very own David Bradley is transformative as the ever present Geppetto!

Next Best Picture 's Jennifer Heaton wrote: "From its earliest moments, it's evident that this Pinocchio is a del Toro production, tonally sitting close to the fantasy of Pan's Labyrinth but with the horror and gore obviously scaled back for the kids."

Releasing in cinemas 9th November 2022 nationwide and Netflix on demand starting from the 25th November.

This is a must see!