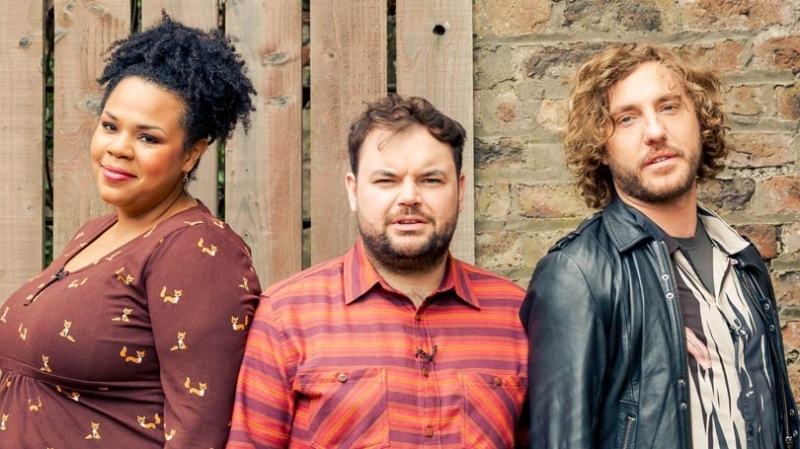 Flinch is a live action game show series that sees members of the public pushed to their limits as they try not to flinch while undertaking complex and hilarious tasks. The person who flinches the least will be crowned the winner of the competition. Flinch sees contestants attempt to appear unfazed by extremely stressful situations, like having flamethrowers blasted right next to their heads and cymbals crashed next to their ears. The live-action game show comes with a comedic twist and is hosted by three well-known comedians: Lloyd Griffith, Desiree Burch and Seann Walsh.

In the series, which is filmed on an abandoned farm in Northern Ireland, Seann, Desiree and LLoyd pick contestants to represent them in the game. If the contestants flinch, both them and the host who they represent face painful consequences.

There’s only one rule in Flinch: do not flinch. If you do, terrible things will happen to you. By ‘terrible’, I mean you might get electrocuted, have your fingers snapped by mousetraps, or be slapped repeatedly in the face by two ginger farmhands. That sort of thing.

All 10 episodes in the series are available to stream and download on Netflix now, hosted by Lloyd Griffith.