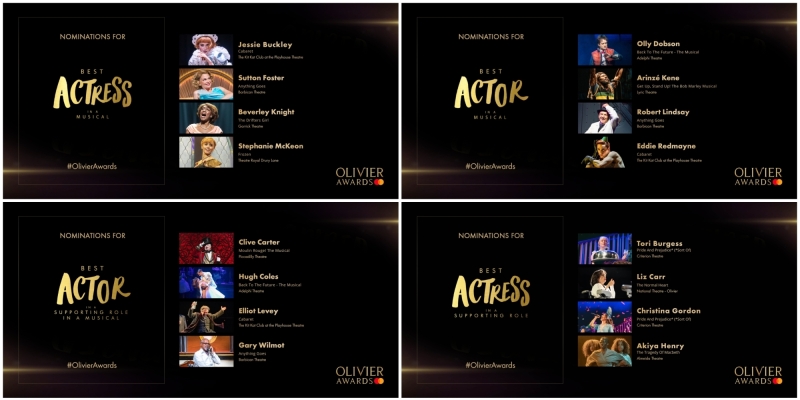 Lots of United Voices clients are nominated for the U.K.’s most prestigious theatre awards, the Olivier Awards.

Anything Goes at Barbican Theatre starring Felicity Kendal, Cabaret at The Kit Kat Club at the Playhouse Theatre and Spring Awakening at Almeida Theatre starring Mark Lockyer are all nominated for Magic Radio Best Musical Revival.

Cruise at Duchess Theatre written by and starring Jack Holden is nominated for Best New Play.

The awards, which are produced by the Society of London Theatre (SOLT), will take place on 10th April in London at the Royal Albert Hall. They will be hosted by comedian Jason Manford.  View a full list of nominations here.