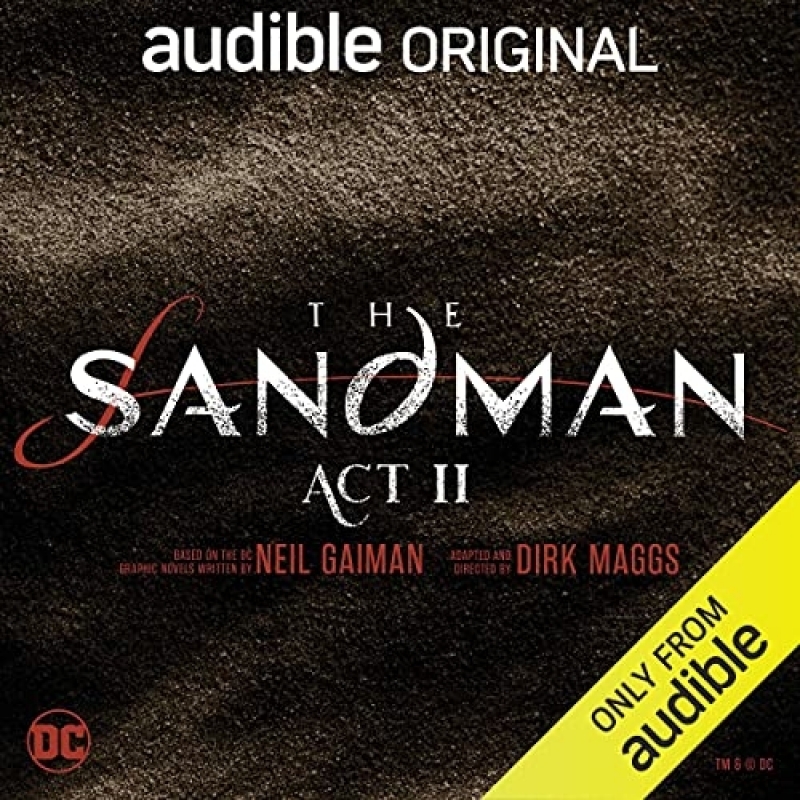 Enter the Dreaming again as the blockbuster audio adaptation of “the greatest epic in the history of comic books” continues in The Sandman: Act II, available on Audible now! Delve into a world of myths, imagination, and terror.

The Sandman: Act II is based on the best-selling DC comic books and novel written by Neil Gaiman, who is the narrator of this audio adaptation, and directed & adapted by Dirk Maggs.

James McAvoy returns to voice Morpheus, the Lord of Dreams, in this sequel to the number-one New York Times audio best seller.

In the absolutely packed Act II, the dark fantasy resumes and the Sandman expands into the French Revolution, ancient Rome, 19th-century San Francisco, eighth-century Baghdad, and beyond. New and familiar characters abound, voiced by a bright mix of performers, including our Miriam Margolyes as Despair and Sian Phillips as Livia.