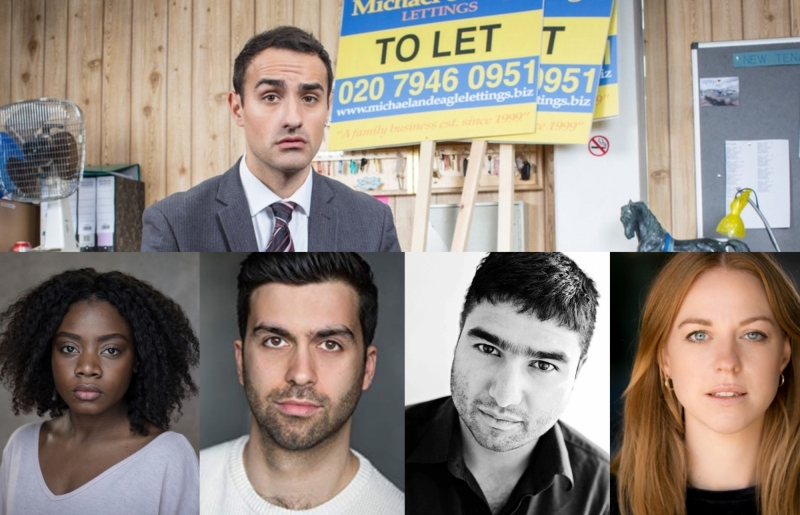 Stath Lets Flats is back!

Series two of the BAFTA-nominated comedy about an incompetent Greek-Cypriot letting agent returns this month, and  focuses on the antics at ‘Michael & Eagle Lets’, a dodgy London agency run by Stath’s father, Vasos.

Almost everything he touches breaks (or sets on fire), every customer he comes into contact with is highly alarmed by everything he says, and the most tragic part is that he’s operating at maximum capacity, trying his absolute best to do his job well and win his dad’s approval.

The action will pick up from where we left it at the end of series one with Stath having been denied the manager’s position by his own father. In series two he and the rest of the team will be forced to work under his arch rival Julian – and re-think his life goals.

Series 2 begins this Monday 19th August at 10pm on Channel 4.