Who Wants To Be A Millionaire: The Million Pound Question NARRATED BY STEPHEN MANGAN 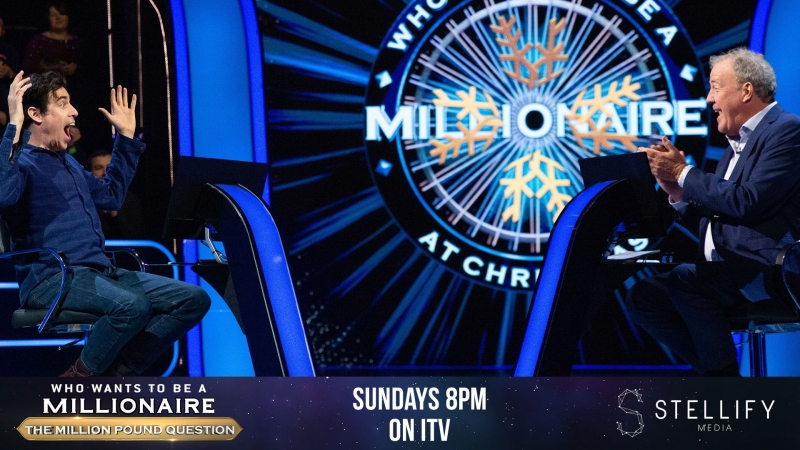 Who Wants To Be A Millionaire: The Million Pound Question is a new six-part series that explores the history of the iconic gameshow, narrated by Stephen Mangan.

The series premier revisited the win of Judith Keppel, who looked back at her memorable time in the hot seat and took us step by step through her jaw-dropping journey up the question ladder to become the first UK millionaire.

This week’s episode features the nerve-wrecking million-pound win of former teacher David Edwards. It will also look at the memorable games of some of the celebrities that have appeared on the game show, including Lee Mack and Stacey Solomon.

Who Wants To Be A Millionaire: The Million Pound Question airs at 8PM on Sundays from 22 November on ITV.