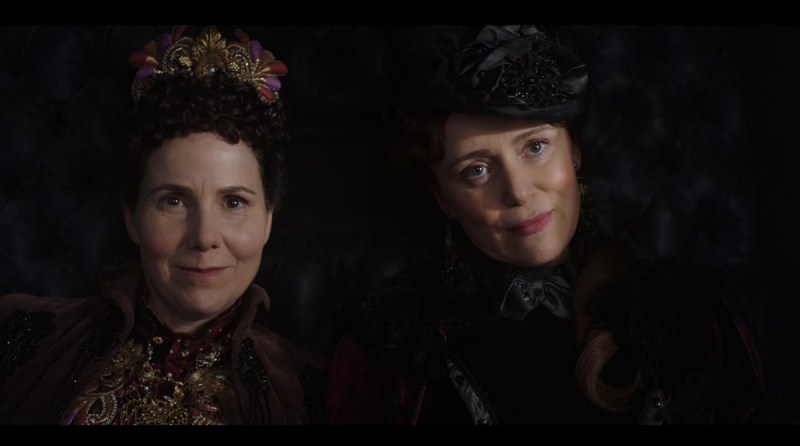 An unlikely Victorian crime-fighting trio take on the baddies of London’s East End in new Channel 4 comedy Year of the Rabbit.

London, 1887. A lawless city. Jewel thieves and body snatchers stalk the streets and the police do their best to contain them - but it isn't easy. At the forefront of that fight is Detective Inspector Rabbit.

Rabbit's been chasing bad guys for as long as he can remember, but now he's not as young as he was and his heart keeps stopping at inopportune moments. So Rabbit's boss, Chief Inspector Wisbech forces him to get a partner - young, fresh-faced and clueless Sergeant Strauss, just down from Cambridge. He isn't cut out for this sort of work. He's only ever read about the East End in pamphlets. But he's really, really keen.

In the East End, crime is relentless so when they're tasked with solving the murder of another young women, it doesn't seem that unusual. Until they notice a second bullet hole, and a mysterious symbol on her make up compact, which leads them into a labyrinthine quest for a killer, while rubbing shoulders with crooked politicians. Along the way, they team up with Mabel, the daughter of the Chief of Police, who has ambitions to become the first female police officer, or 'Fopper'.

The drama is loosely based on Scotland Yard’s emerging Murder Squad. Taking viewers back to the 1880s, this is the time of notorious serial killer Jack the Ripper and his murder spree.

Year of the Rabbit airs Monday 10th June at 10pm on Channel 4, starring Sally Phillips as the Princess Juliana of Bulgaria. Sally said,  “I can report that there is literally nothing more pleasurable than playing a haughty, 19th Century, pansexual, Bulgarian autocrat with access to guns. I may have peaked.”